Sunscreen: Snakeoil of the 21st century?

How Sunscreen Has Been Messing With My Ovaries...Among Other Things 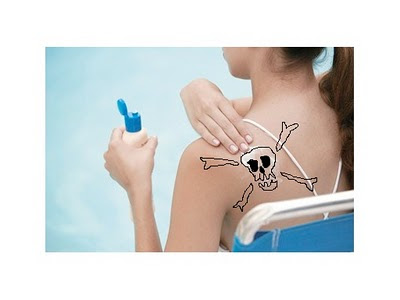 Imagine my shock when I read that the sunscreen that I have been slathering on since the weather got warmer is actually luring cancer into my life and messing with my hormones.  In fact, the sunscreen that I bought at a Health Food Store in Sarasota, FL is listed DEAD LAST on a list of harmful sunscreens.

What is it about chemical sunscreens that makes them so bad?


Many of the chemicals that are in sunscreens are well-known toxic substances.  Ironically enough, most of them are used in chemical laboratories in reactions because when they are exposed to UV light, they produce free radicals. So basically, when you rub them all over your skin and step out into the sun, the UV light hitting your body begins many reactions and free radicals shoot through your tissues like bullets, destroying delicate strands of DNA, causing unstable cell growth (cancer).
Another major problem with most sunscreens is that they contain gender-bending chemicals.  That's right--these chemicals mimic estrogen in the body (many when exposed to UV light) and can cause serious problems in sexual development in unborn and growing children as well as adult sexual dysfunction. This includes, but is not limited to: loss of libido, endometriosis, lower sperm count, diminished penis size, and undescended testicles. 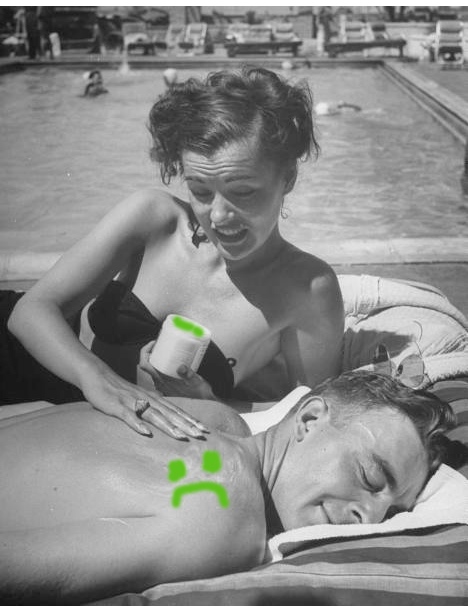 
New studies with rats have shown that the vitamin A that is added to sunscreens in anti-aging creams is also photoactive. When the sunlight hits, it becomes toxic and makes the wearer more likely to develop cancer.
The nano-technology in many of the sprays and zinc sunscreens is also being proven as harmful.  The tiny particles slip right through membranes and enter our lungs and organ systems. 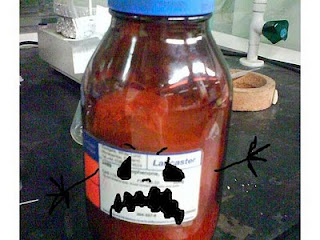 At least 35% of the cream that you apply to your skin enters into your bloodstream.

In other words, you're drinking it.  One of the most powerful free radical generators, Benzophenone (dioxybenzone, oxybenzone) is activated by...drumroll please...UV light.  Click on the word Benzophenone above and you will be taken to a cosmetics site where it is ranked as a level 9 health hazard (on a scale of 1-10 where 10 is the most concerning).  This chemical is a known carcinogen and much to my dismay, is one of the main ingredients in my Alba Botanica "all natural" facial sunscreen.  I have been rubbing this chemical over the thin skin around my eyes! I am not happy about this. The US Centers for Disease Control and Prevention (CDC) has found detectable levels of oxybenzone in the urine of 97% of Americans over the age of 6! That means you, too!
In 1998, Dr. Knowland at the University of Oxford did a study, proving that PABA, a common sunscreen ingredient, can damage DNA and cause cancer.  He stated, "I would not use a product containing PABA, Padimate-O or other PABA derivatives".  If you're not looking at labels to buy PABA-free products (many of them clearly state it on the front of the bottle), you might want to start.
In fact, after much of the reading and research I have done to write this post, I have continuously read studies that demonstrate that THERE IS NO SCIENTIFIC PROOF THAT SUNSCREENS PROTECT AGAINST MELANOMA OR BASAL CELL CARCINOMA.    Some MD's believe that the increased use of sunscreen is actually the primary cause of the skin  and breast/prostate/cervical cancers epidemic.  *Don't get me wrong, there is some evidence that actinic keratoses (the precursors of squamous cell carcinoma) can be thwarted with sunscreen, but that's not the deadly cancer.  Dr. Marianne Berwick of Memorial Sloan-Kettering Cancer Center in NY examined data and found "no relationship between sunscreen use at any age and the development of melanoma skin cancer". Sunscreens prevent sunburn, but a sunburn is not a direct cause of cancer.

" Worldwide, the greatest rise in melanoma has been experienced in countries where chemical sunscreens have been heavily promoted  The rise in melanoma has been exceptionally high in Queensland, Australia  where the medical establishment has vigorously promoted the use of sunscreens. Queensland now has more incidences of melanoma per capita than any other place on Earth. (Garland, Cedric F., et al. Could sunscreens increase melanoma risk? American Journal of Public Health, Vol. 82, No. 4, April 1992, pp. 614-15)."


In conclusion, most sunscreens on the market contain toxic unstable substances that when exposed to sunlight, become carcinogenic.  These chemicals easily enter our bloodstream, are stored in fat tissue, and accumulate over time. The FDA has done a terrible job, at best, in protecting us from these truths. I strongly urge you to click here and see where your sunscreen ranks on the list. And remember, the best sunscreen is a hat and some clothing or a nice shady tree.  Don't fear the sun! Go get some Vitamin D!!